A watch clasp is the closure of the watch. It’s the part of the watch people pay little attention to, even though it’s a very important part to look at. Also, a lot of people struggle to open or close certain watch clasp types, so they end up not buying a certain watch. This article will elaborate the different types of watch clasps.

This clasp unfolds into two halves to allow the watch to fit over the hand. It locks in place with a small hook-type latch. 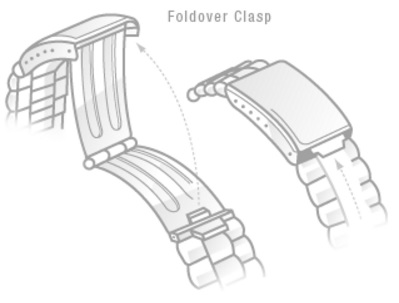 There are multiple variations of this clasp type: 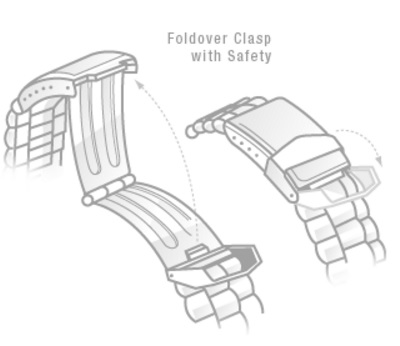 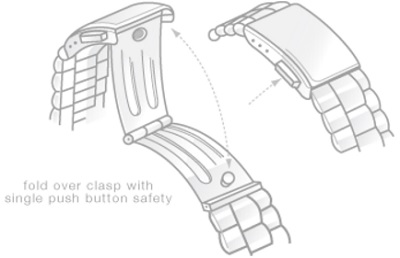 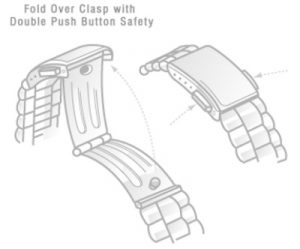 This clasp is invisible when it is closed, it creates the illusion of a seamless band. This clasp is also known as the Butterfly Clasp, because it opens up both ways, with the clasp looking like a set of wings. 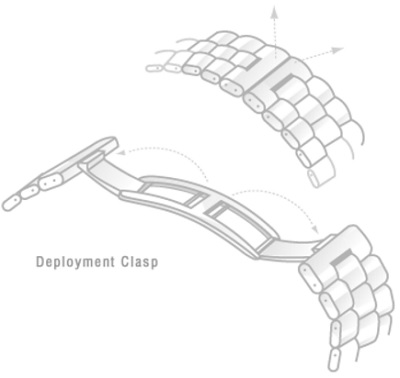 A strap buckle clasp is only used on straps. It is the same type of clasp used on belts. The band must have a series of holes in it, for the buckle to lock in. This clasp is ideal for adjusting the tightness of the watch on the wrist. Most other clasps are not adjustable. 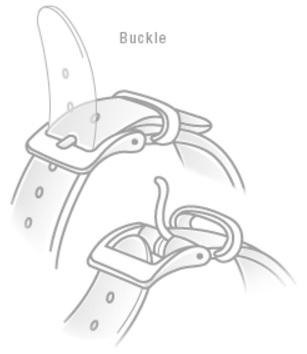 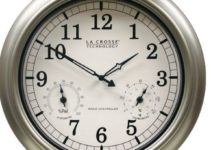 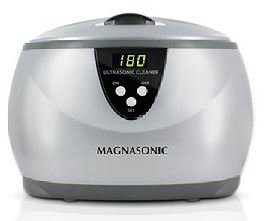