Looking for the best survival watch doesn’t need to be as hard as actually surviving in the wilderness. Lets be real here you aren’t Bear Grylls going out and putting yourself in a dangerous situation. You may have a tough job, or live an active lifestyle that puts those same serious demands on your time pieces. When you aren’t sure what the best choice is, its easy to be overwhelmed. Many companies claim to make the best survival watch, but who actually does? Suunto or  G shock? Protrek vs G Shock? Luminox vs Seiko? I’ve taken the time to do the research. Let me help you figure out the best survival watch for 2017!

I’ve said this before, but I think that CASIO has outdone themselves (yet again)! This watch is incredibly cool, incredibly comfortable, and, well, INCREDIBLE! First off, it is a MUDMAN (I’ve also seen it referred to as the “Scorpion”) G SHOCK. G SHOCKS are tough to begin with, but the MUDMAN takes that toughness to a new level. The watch is sealed against mud and dirt, and is encased in a strong “armored” shell. If there ever was a lovechild born from the union of a tank and a timepiece, this is it. Now, in addition to that, this sweet little beast has a compass and thermometer, which are pretty accurate out of the box, and required very little fine-tuning by yours truly. It would be nice if CASIO brought back a thermometer that would take accurate temp readings while being worn 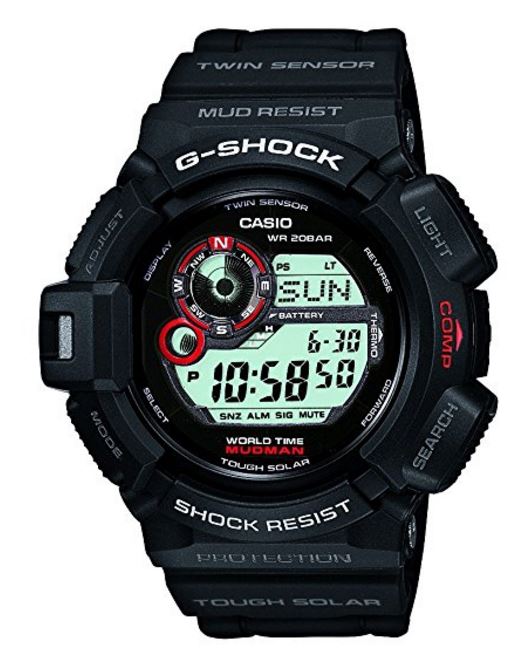 This is one of the most sophisticated survival watch you could put on your wrist without having to worry about it getting damaged. The Core has an altitude log. While this doesn’t seem like a big deal, once people get an altimeter watch this is one of their most-used features. For up to seven days the Core will log your total ascent, descent and number of runs. For skiers, it logs how many laps you take while for hikers and climbers on trails that go up and down it will tell you your true vertical height gained. The Vector has a 24-hour log and will also store up to 100 logs. The Pathfinder models can only hold up to 40 logs. 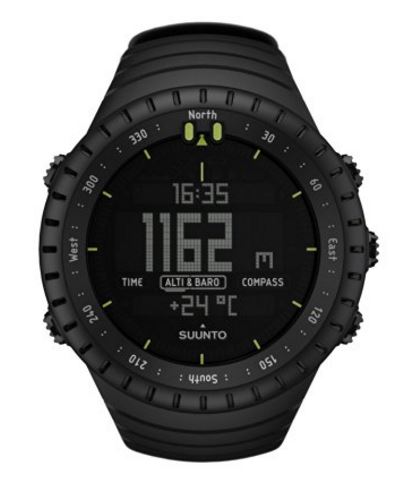 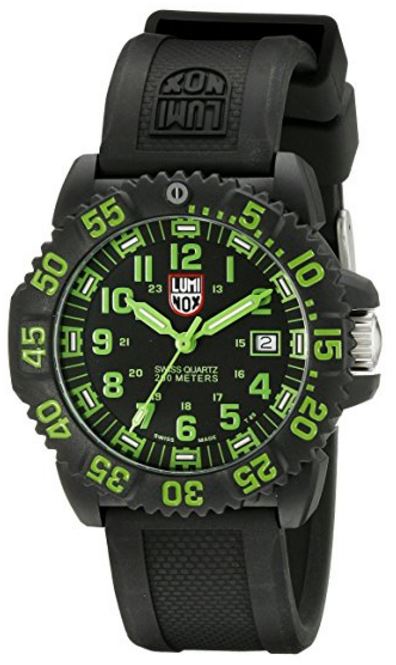 Perfect for low-light or no-light situations, the Luminox Men’s Navy SEAL Colormark watch glows 100 times brighter than other luminous watches, for increased visibility. This timepiece This versatile timepiece is constructed with a 44-millimeter polyurethane case and matching durable polyurethane band, which includes a buckle clasp mechanism. Lime-green Arabic numerals contrast with the classic black dial, while smaller green numerals mark the 24-hour clock. In addition, a handy date calendar rests at the three o’clock position, and the unidirectional, textured, polyurethane bezel features brilliant green minute indexes for easy readability. Powered by analog-quartz movement and protected by a durable mineral dial window, this watch is preferred by US Navy SEALs and US Air Force Pilots, and is water resistant to a depth of 660 feet. 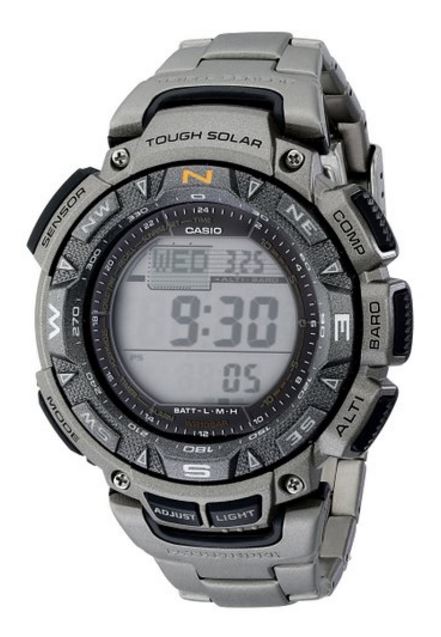 The feature-rich Casio Men’s Pathfinder Triple Sensor Watch is loaded with contemporary must-haves, like a titanium band that closes with a double push-button fold-over safety clasp and a triple sensor that provides altimeter, barometer, thermometer, and compass information. And that’s just the tip of the iceberg. The watch’s large digital display is backlit for after-hours use, and world time is quickly available in 48 cities–a handy feature when you’re travelling. Other high-tech features include five alarms, a 1/100 second stopwatch, a countdown timer, and the ability to display time in 12- or 24-hour formats. Myriad easy-to-use buttons surround the watch’s resin case, providing quick access to its many features. Additionally, this watch boasts a water resistance to 330 feet (100 meters), reliable digital quartz movement, and a mineral crystal. 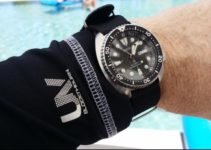